Pakharenko & Partners have been included in the IAM Patent 1000: The World’s Leading Patent Professionals, a guide providing the overview of leading companies and professionals in patent area around the world. As result of the ranking conducted by the said publication, Pakharenko and Partners were traditionally included in the Gold Band of the ranking. As mentioned in the researchers’ summary, “Pakharenko & Partners ranks among the crème de la crème of the national patent scene and shines particularly brightly in prosecution – although its wraparound service extends to all aspects of the patent lifecycle, including wider corporate and regulatory matters. Its clientele largely hails from the life sciences: some of the world’s leading pharmaceutical companies seek out its support and plant varieties have become something of a forte. Leading the charge is law PhD Antonina Pakharenko-Anderson, who manages filing programmes with a steady hand and puts in polished performances in the courtroom. She is joined by enforcement ace Alexander Pakharenko, a worthy advocate in both administrative and judicial proceedings and a scourge of infringers.” 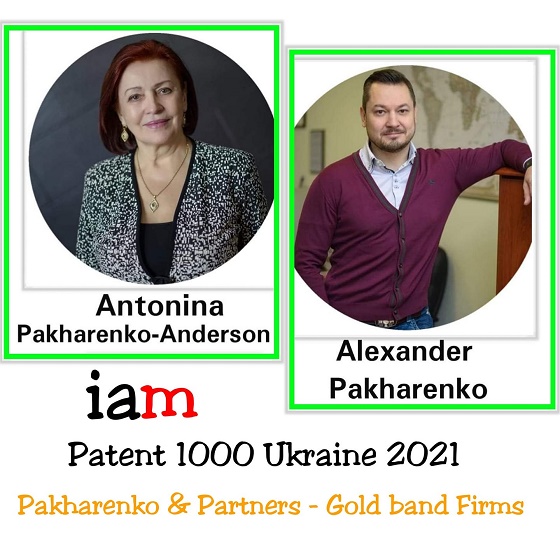