Production and dissemination of counterfeits is one of the acutest social problems as it is a purely criminal business that pervades nearly all sectors of the economy and covers all types of goods (including medicines, personal care products, food, critical technological components, automotive, aerospace and household electronics, agrochemicals and seeds). The threats posed by counterfeit products are not always obvious to consumers, but their consequences for health, safety and the environment can be very serious or even life-threatening.

• annual economic losses due to the loss of billions of hryvnias of potential tax revenues to the budget of Ukraine;

• reduction of direct investment due to the country’s loss of investment attractiveness;

• undermining of fair competition in the market;

• reduction of the number of jobs and the outflow of professional staff abroad;

• damage to the environment and health of Ukrainians.

The only effective mechanism for influencing the counterfeit market is to create conditions under which the manufacture and sale of counterfeits will become unattractive and unprofitable for infringers. The implementation of such a mechanism is possible through the application of severe sanctions against manufacturers and sellers of counterfeits, through the establishment of effective work of customs and law enforcement agencies in this area in close cooperation with rights holders, as well as through awareness-raising campaigns covering the problem, ways to solve it and aimed at changing consumers’ mindset in favor of genuine goods, since the fight cannot be effective without broad public support! 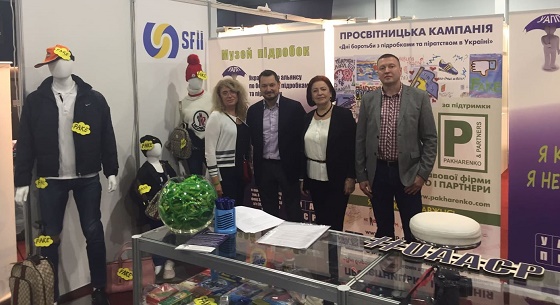 A pro-active engagement of Pakharenko & Partners has become a catalyst of Ukraine launching in 2012, at the initiative of the Ukraine Alliance against Counterfeiting and Piracy (UAACP) and with the support of government agencies and organizations of the intellectual property system, the Ukrainian National Committee of the International Chamber of Commerce, of a continuing national awareness-raising campaign named “Anti-Counterfeiting and Anti-Piracy Days in Ukraine”. The campaign is a part of the International awareness-raising campaign «Global Anti-Counterfeiting Day» initiated by the Global Anti-Counterfeiting Group Network (GACG Network, with a membership of 24 national and regional organizations) to raise consumer awareness of the scale of counterfeit manufacture and sales.

Throughout the years, the IP and Law Firm “Pakharenko and Partners” has been contributing to address this acute social problem, not only by fighting against counterfeit products using the available legal mechanisms, but also by supporting the organization and conducting regular awareness-raising activities, providing samples of counterfeit and pirated products as exhibits for UAACP’s permanent and mobile museums of counterfeits.

For the company, this is a corporate social accountability, aimed at promoting the formation of a rational consumption model and raising awareness of the Ukrainians about the threats and consequences of purchasing counterfeit goods. Changing the worldview of potential consumers should be the basis for increasing the competitiveness of domestic producers and the national economy in general.

The main message of the Ukrainian awareness-raising campaign is “Deliberate refusal to buy fakes is your own responsibility”! Ukrainian consumers must realize that by purchasing counterfeit product they do not only put their own health at risk, but also their actions support the shadow business and organized crime, thus affecting the country’s economy, security, environment, health and well-being of each of us. The time of change has come and each of us must adapt an active attitude towards the fight against counterfeiting. Our main task is to build zero tolerance to purchasing counterfeits and as a result to change the consumers attitude in favor of genuine goods, and most notably the quality Ukrainian goods.

During 8 years over 120 various awareness-raising activities have been carried out, not only in Kyiv, the capital of Ukraine, but also in the other main cities such as Lviv, Odesa, Vinnytsya, Rivne, Khmelnytsky, Poltava, Kharkiv, covering around 60,000 people. The participants included students, schoolchildren, teachers, scientists, journalists, representatives of government authorities, businesses and broader public.

During the recent 3 years, in frames of the public awareness campaign ““Anti-Counterfeiting and Anti-Piracy Days in Ukraine”, the UAACP began to actively involve young people, government officials and businesses to take part in exclusive authentication workshops (so far 12 events have been held) involving an interactive competition “How to distinguish a genuine product from the counterfeits”. The workshop objective is to teach the workshop participants to be vigilant and responsible consumers, to buy only genuine goods, not to violate someone else’s IP rights and, of course, to remember their own rights! It is important to inform the public and draw the attention of an average consumer to the large volumes counterfeits in various spheres of life and the associated risks for the state, rights holders and every citizen. The nature of a counterfeit product and the importance to avoid buying fakes are clarified based on concrete examples. 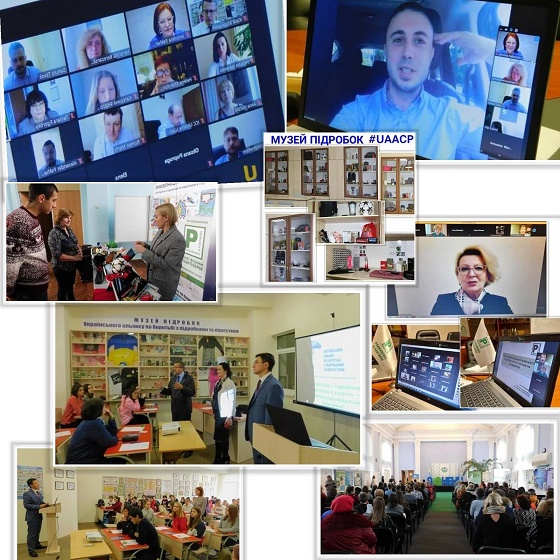 On December 10, 2015 in the premises of the Kyiv University of Law of the National Academy of Science of Ukraine at 7a Dobrokhotova Street, in a classroom with 60 seats, the Ukraine’s first permanent Museum of Counterfeits of the UAACP was opened. The mentioned room is a place where the students are having their classes, and now it is also used by the UAACP as a venue for conducting the activities within its awareness-raising campaign. The most recent event conducted in the premises of the Museum of Counterfeits of the UAACP was a public awareness project aimed at popularization of IP among senior pupils in which 120 schoolchildren of grades 10-11 of two schools of Sviatoshyn district in Kyiv took part.

Among other achievements during these years it is worth mentioning the Memorandums of Cooperation between the UAACP and Kyiv University of Law of the National Academy of Sciences of Ukraine, Kyiv National University of Trade and Economics, Kyiv National Taras Shevchenko University, National Intellectual Property Office, Junior Academy of Sciences of Ukraine, Department of Specialized Training and Cynological Support of the State Customs Service on popularization of knowledge about IP rights among students, teachers, scientists.

The major events of 2020 were an online marathon dedicated to the 22nd anniversary of the World Anti-Counterfeiting Day involving 22 speakers from the public and private sectors and a special guest, a lead singer of the famous Ukrainian band “Antytila”, Taras Topolya, and the opening of the second branch of the permanent “Museum of Counterfeits of the UAACP” in the premises of the Department of Specialized Training and Cynological Support of the State Customs Service of Ukraine.

The museum was opened on November 5, 2020, during the second practical seminar for customs officials “Intellectual Property: Combating Counterfeit Goods”, involving, inter alia, representatives of “Pakharenko and Partners” among the speakers. From now on, the museum site will be used not only to promote knowledge about intellectual property rights, but also to train officials of units of the State Customs Service involved in assisting in the protection of intellectual property rights in order to increase the effectiveness of actions to prevent counterfeit goods from entering the territory of Ukraine.

During all its activities the UAACP is studying the public opinion on consuming counterfeit goods. The event participants are offered to anonymously answer the questions on whether they happened to buy counterfeits and whether they did that intentionally. The results of the survey show that the majority of the respondents bought fakes unintentionally, confusing them with genuine goods, and only afterwards they realized that they were deceived; and in future, in order to avoid buying counterfeits, they would try to be more cautious. It is gratifying that the mindset of Ukrainians is gradually changing. Consumers begin to understand the threats posed by the counterfeiting and purchasing of counterfeit goods. Event participants promise to be more vigilant consumers and try not to buy counterfeits anymore.

Since 2017, the target audience of the survey has been analyzed by three categories: adults, students, schoolchildren. The survey results showed that 80% of adults and schoolchildren do not think about whether they buy the original product or fake, and 90% of the respondents purchased counterfeits unintentionally and in the future they will try buying genuine products. Students, unfortunately, are more inclined to buy counterfeit goods. Young people do not care about the quality of goods, which they mostly consider satisfactory; however, they are attracted by the low prices of counterfeits. The results of the survey showed that 50% of students bought counterfeits intentionally, and 25% of students will continue buying fakes because they do not see anything wrong with it, and they are always short of money.

Pakharenko & Partners hope that their social engagement will help build respect for intellectual property in our society and raise awareness among business and the public of the importance of protecting these rights, and encourage colleagues to join public awarens initiatives.